What it's like to identify as non-binary at Holderness. 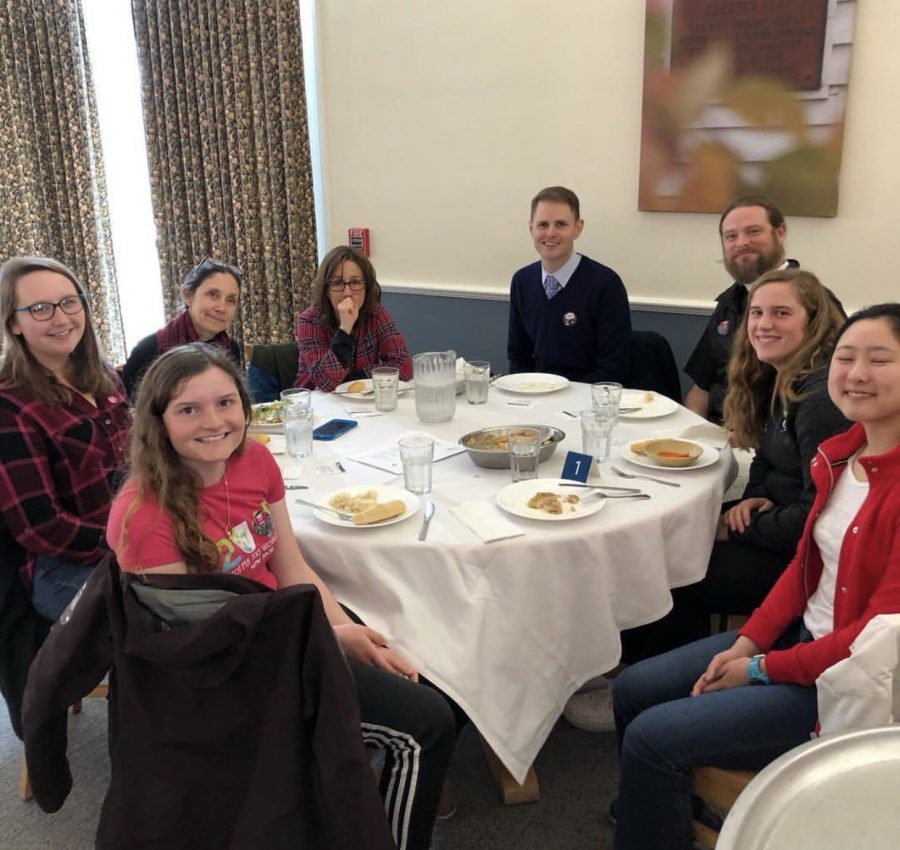 Something that I did not expect to play such a large role in my Holderness career that has become increasingly prevalent as I get older, is gender. Many aspects of Holderness are categorized by gender, and, as a result, the school has become increasingly binary. If you were to arrive at Holderness during a meal, you would walk into Weld and see that all of the male students sit on one side of the dining hall and all of the female students on the other. This gender divide is the result of many things. It is partially a learned behavior – meaning new students have learned it from watching returning students – but it is mostly a result of little to no integration between male and female students on campus.

All Holderness students participate in athletics for at least one sports season. Aside from a few select teams, most sports teams are divided by gender. Even when teams are co-ed, competitions are still separated by gender. While this is typical for any high school, the lack of time that students spend with people of other genders has caused a disconnect between male and female students at Holderness. During a normal year of school, most students go to dinner after practice and end up sitting with their teammates. It can be a really good thing for younger and new students on the team, but it contributes to our ever-increasing gender-divide. Oftentimes the large sports teams such as hockey, lacrosse, and soccer will eat together multiple nights in a row, limiting interactions between students. It can also be hard for students to stray away from their dorm groups, especially this year as students can only eat with their dorm pods. Similarly, due to new Covid restrictions, we can no longer have sit down meals which allowed everyone to meet people outside of their dorm and sports groups. This combination of things is why students have trouble integrating at mealtimes. As new students join our community, they follow our example. It feels like we are stuck in a never-ending cycle of gendered meals.

Most boarding schools are very binary places due to dorms and sports, but Holderness can’t seem to break past our divisions. This gender division has made it difficult to identify as nonbinary (not identifying as necessarily male or female) at Holderness. Many times, I’ve wished there was an option for me to use a gender-neutral restroom, not have to walk through the women’s locker room to get from one side of Bartsch to the other, or even live in a dorm with a mix of students. I love eating dinner with my close friends, but to me it feels like where I sit in the dining hall identifies me as a female student to the rest of the school.

I see a future for Holderness where students are able to intermingle freely. If we had a space on campus for students to hang out and enjoy spending time together, I’m almost certain this wouldn’t be as much of an issue. Some argue that Lower Weld is this space, however, there are no windows, not enough seats, and overall isn’t a very inviting place. Students need a communal space that they want to spend time in where they can interact with people who are different from themselves. Whether it’s someone from a different sports team, someone from a different dorm, or someone of a different gender, all Holderness students could benefit from a space other than a classroom to spend time together. While this alone would not dissolve the gender division, it would be an important step in reducing the lack of opportunities for students to intermingle.