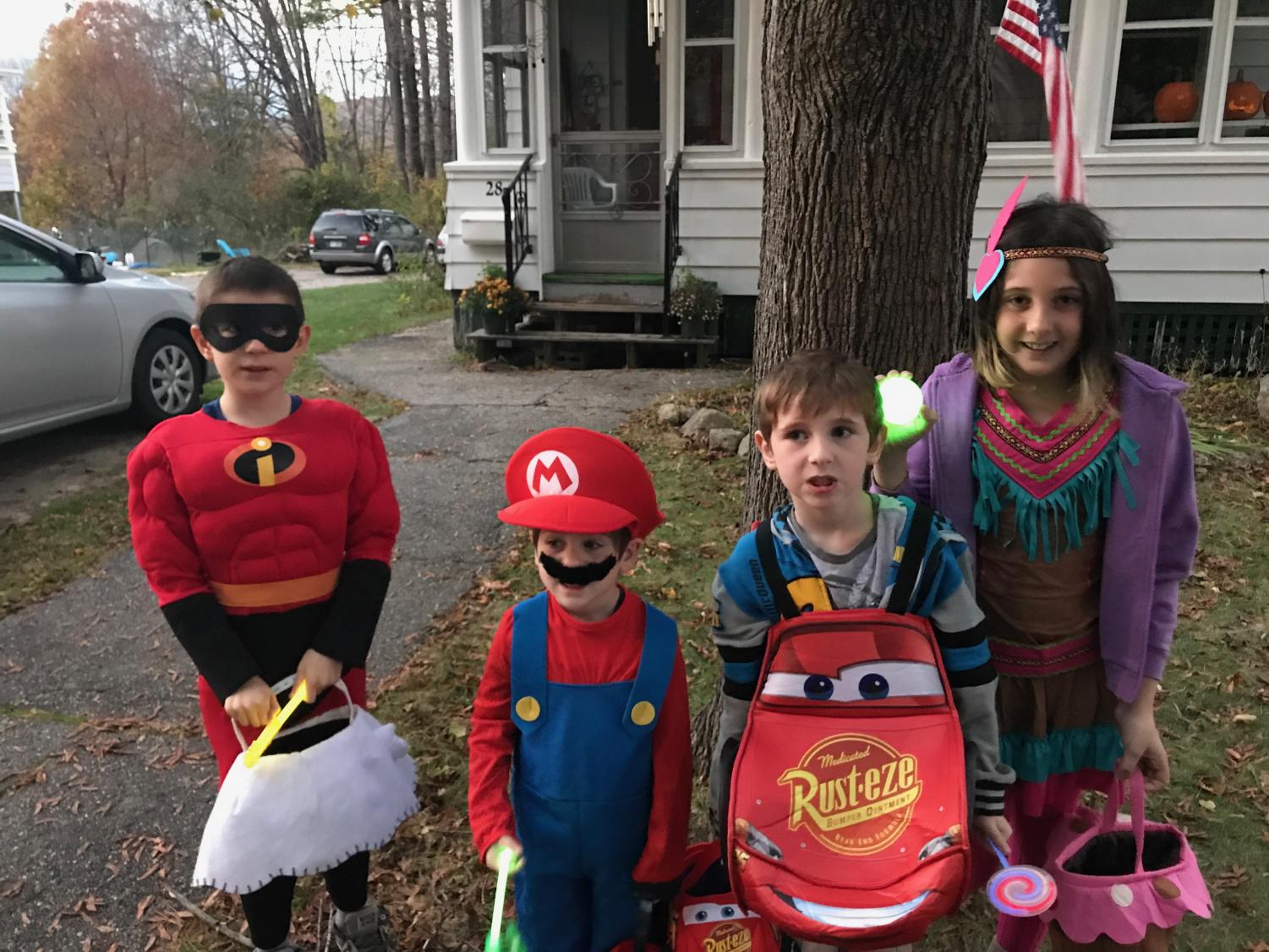 Gage Giovan: His Story of Autism

Autism: A conditions characterized by challenges with social skills, repetitive behaviors, speech and nonverbal communication, as well as by unique strengths and differences.

Apraxia: Messages coming from the brain tell the muscles how and when to move to make sounds. If your child has apraxia of speech, the messages do not get through correctly.

ADHD: A chronic condition including attention difficulty, hyperactivity, and impulsiveness.

Pica: The persistent eating of substances such as dirt or paint that have no nutritional value.

Gage Giovan is a 9-year-old boy living in Holderness, New Hampshire with his parents, older sister and two younger brothers. On the outside, Gage looks like an average 9-year-old boy, but he faces challenges because of his autism, apraxia, ADHD, and pica.

Autism is a genetic disorder that causes challenges with developing social skills, repetitive behaviors, and communication. Apraxia is a condition that interrupts messages from the brain when it tells the mouth to speak.  These conditions make it difficult for Gage to interact with his family, friends, and learn at school. Like all kids, when Gage was younger he tried to say words and communicate. Unlike most kids, however, he was unable to say the word the same each time. When he tried to say pinecone it would sound like pcone, icone, or piecone, but never the same variation twice. Gage’s vocal vocabulary is extremely limited even with years of speech therapy and one of the only phrases he can say at 9 years old is “no thank you.” This is one of the more frustrating aspects for the Giovan family because Gage can understand them but he can’t communicate to them if he feels happy, sad, or upset. At school, Gage uses a Picture Exchange Communication System to communicate to his teachers. Gage’s ADHD, a condition that causes hyperactivity and impulsiveness, prevents him from integrating into a classroom situation with other students. He is with an aide at all times and taught by special education teachers separate from his peers.

Even with all of these roadblocks, Gage is still an incredibly bright child. At one year old, Gage could take a magnetic fish puzzle and use the fishing pole to put the fish back where they went. His visual perception skills are so advanced, he can look at an upside-down children’s puzzle and put the pieces in place without looking at the pictures on the other side. His memory for patterns means he can look at the letters that correspond with the notes to Twinkle Twinkle Little Star and then play it on the piano from memory. The skills are inside of him but he cannot stay focused or interested long enough to improve them consistently.

We take for granted how much brain power it takes to clean a table with a wet rag. This is the first thing Gage does when he arrives at school. At the beginning of the school year, he could only wipe the table for about three seconds. Almost 6 months later he can clean the whole table. The reason this took so long was that his attention span is about the length of a 2-year-old. For Gage to experience the same stimulation as other kids his age he needs more intensity. He will run into walls and jump off couches. To calm him down, his mother will lay on top of him to relax him. Over Christmas break, Gage and his siblings came to Holderness to play on the trampoline. Gage’s favorite thing to do was jump as high as he could and then land flat on his stomach on the pads. He would do this many times in a row, take a break, and do it again.

3.5 million Americans are on the autism spectrum. Gage will never be like typical children and it is important that he is accepted for being the way he is. That was the one message that Gage’s mother, Kelly Giovan wanted to be passed on. Gage will always be autistic. His quirks and habits may make other people uncomfortable but it is imperative that everyone tries to understand him.

We welcome your comments -- supportive, critical or otherwise. We do not censor or delete comments unless they contain off-topic statements or links, abusive content, vulgarity, or personal attacks.
All The Picador Picks Reader Picks Sort: Newest