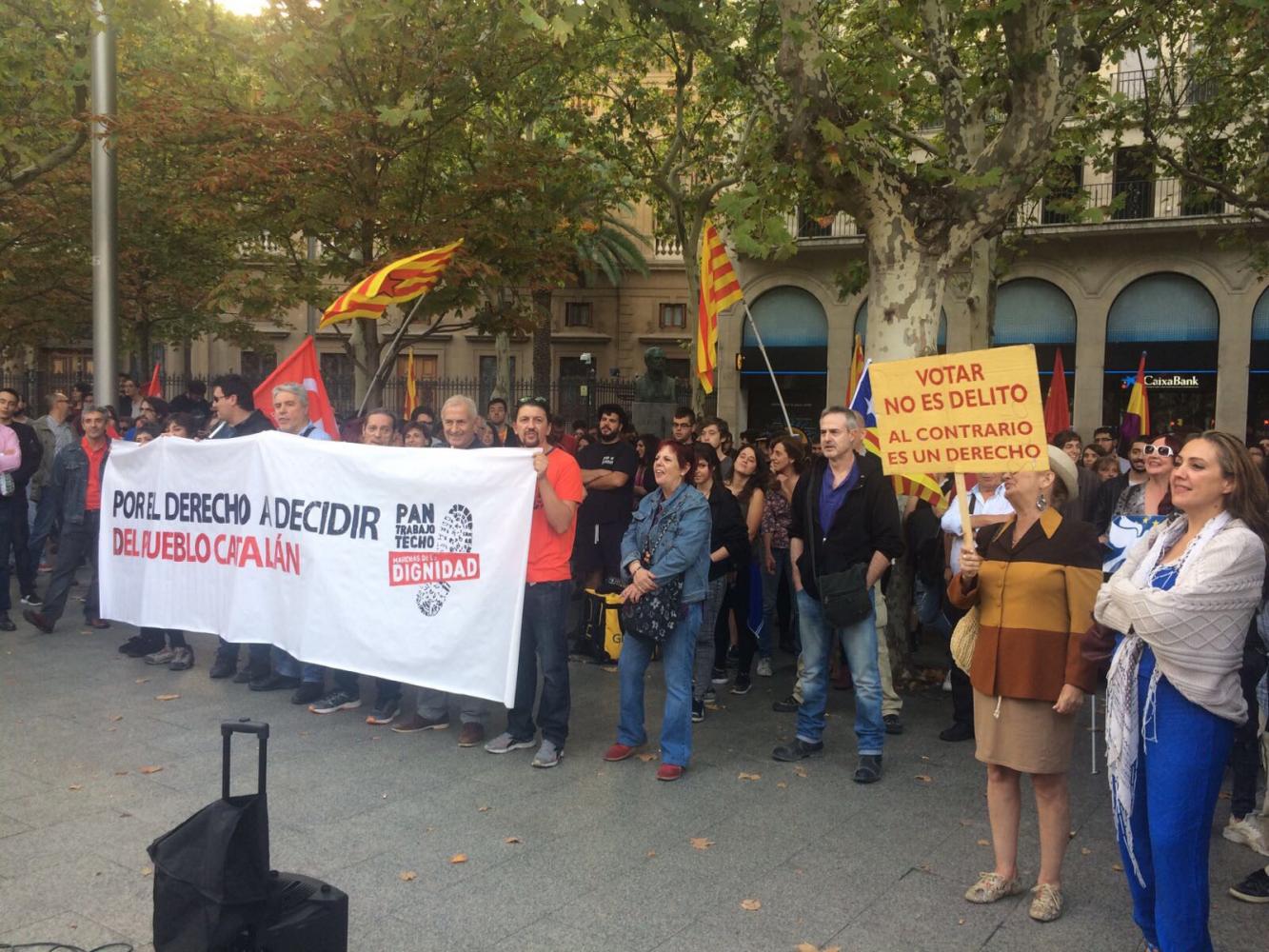 On October 1, the Autonomous Community of Catalonia in Spain held a referendum to decide whether or not they would separate from Spain. This is not the region’s first push for independence in recent years but it was most certainly the most controversial and violent.

For those who may not know why I do not consider myself Spanish and never will, it may be confusing as to why a region of Spain doesn’t want to be a part of Spain. Despite having been a part of the nation for over 300 years, the Catalan are not Spanish. They have their own language and culture and 300 years is not a significant amount of time in the history of the Catalan people. Additionally, under Franco, because Barcelona was such a stronghold for the Republic in the Civil War, the Catalan people were repressed with a vengeance that leaves bitterness and resentment today. Cultural and historical motivations aside, one of the major reasons Catalonia wants to separate is an economic one. The region has the highest GDP in all of Spain, produces one-fifth of the country’s output and thus pays more in taxes to the central government than it receives back in government aid

Despite the referendum being immediately denounced as illegal by the Spanish government when first announced, a majority of Catalonian officials continued supporting it, asserting that people would turn out to vote notwithstanding the real threat of legal persecution for doing so. Things only escalated as the referendum date drew closer because while opinions on actual separation from Spain within Catalonia are more varied (barely a majority desiring full independence), the vast majority demanded the right to vote. As the Spanish government began to crack down, with the police conducting raids and seizing ballots, the entirety of Spain grew more divided. Some sided with President Rajoy, claiming that the referendum was totally illegal and those demonstrating in the streets of Barcelona were idiotic. Although “it is silly to fight on nationalism with another,” says my history and politics teacher, Spanish flags are hanging from countless homes and there were many pro-Spain (therefore anti-referendum) marches in the streets of Spanish cities.

However, there are many Spaniards who are uncomfortable with the way Rajoy has handled the situation. The night before the referendum, some friends and I came across an anti-fascist rally in the center of Zaragoza, that supported the Catalan right to vote even if they did not support their secession. The Basque people, especially the Basque separatists, have rallied behind not only the Catalan referendum but also the idea of democracy that Rajoy’s administration seems to be threatening. It is Rajoy’s unwillingness to even allow a vote, as well as the government’s harsh response which has ignited fears among some Spaniards that their short-lived democracy is slipping away. Those who remember Franco are frightened by both the Guardia Civil in their streets and how their children seem determined to vote despite it.

As for the actual vote, it went ahead with millions of Catalan’s voting even though the Guardia Civil interrupted the event in many places, often resorting to violence to seize ballot boxes and disperse voters. The Catalan Government claims that a secession was approved by 90% of voters (which is roughly 40% of the population) but video and images confirm many ballot boxes being stolen so a real number likely can’t be confirmed. With both sides claiming some form of victory, little is known for sure except that the Spanish-Catalan relations are tenser than ever (with over 840 injured) and that the Spanish democracy is facing its first real test since its inception less than 50 years ago.

This article is likely already outdated as the situation will likely progress over the coming days and weeks as Catalonia recovers from the violence and decides its next steps, and the Spanish government decides whether or not to actually arrest officials seen voting on TV or those who openly supported the referendum.

The Picador • Copyright 2020 • FLEX WordPress Theme by SNO • Log in